On 10 August 2021, The Licenced Building Practitioner Board held a hearing to resolve and investigate licenced building practitioner Peter Blair, who was alleged to have carried out design work documentation for a building consent when he wasn’t licenced to do so. The Board also heard allegations that Blair may have submitted misleading or fraudulent documentation for the purposes of obtaining a consent. 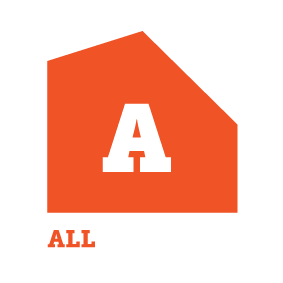 On 10 August 2021, The Licenced Building Practitioner Board held a hearing to resolve and investigate licenced building practitioner Peter Blair, who was alleged to have carried out design work documentation for a building consent when he wasn’t licenced to do so. The Board also heard allegations that Blair may have submitted misleading or fraudulent documentation for the purposes of obtaining a consent.

Under section 318(5) of the Building Act, the Board is able to notify the public of any disciplinary action it takes, which it does so to uphold the integrity of the profession. The focus is not punishment, but the protection of the public, the maintenance of public confidence and the enforcement of high standards of propriety and professional conduct.

In this case, the findings were serious enough that the Board used their powers under the Building Act to cancel Blair’s licence and order that he cannot apply for re-licencing for 18 months. Blair was also ordered to pay costs of $3,500 (GST included) towards the costs of, and incidental to, the inquiry of the Board.

The New Plymouth District Council contacted Versatile New Plymouth (VNP) about a building consent application which Council believed was submitted by VNP, but the consent documentation was not up to their normal high standard. It was ascertained that VNP had not submitted this application - it was submitted privately by Blair who was, at the time, an employee of VNP. It was found that Blair had also applied for an earlier building consent whilst in the employ of VNP.

In response, Blair outlined that the building consent applications were developed by him in conjunction with a Versatile sales staff member, who had informed Blair that he could develop the necessary plans from the Versatile CAD system – VRS. The staff member does not hold any design qualifications or licenses. The VRS system was set up to develop plans for IL1 risk buildings (such as their standard garages) and was not suited to the design of IL2 risk buildings such as those submitted by Blair.

The two building consent applications that were submitted were for investment dwellings that Blair intended to build. The plans and specifications appeared to have been developed by Versatile, contained the Versatile logo, and were noted as being for Peter Blair. The plans also contained a Versatile copyright notice. Blair stated that he thought he should have crossed out the Versatile references prior to submission.

The building consent application contained a certificate of design work (COW) which Blair admitted copying from a previous job and changing the details, and a Producer Statement Design (PS1) supposedly from an engineer in the employ of Mitek NZ Ltd. The PS1 was also copied from a previous job.

By this time, the first dwelling had already been built, and a Code Compliance Certificate (CCC) had been issued. The Council queried the Ministry of Business Innovation and Employment (MBIE) as to whether the CCC could be withdrawn, stating that the consent application is a high trust environment and if they are not able to take the documentation received at face value, it puts the current system at risk.

Blair resigned from Versatile New Plymouth soon after the issues came to light, but just prior to this, had already accepted a role at another building company.

After hearing the available evidence, the Board ruled that Blair had carried out work he was not licenced to do, and that he had conducted himself in a manner that was likely to bring the Licenced Building Practitioner regime into disrepute.

The respondent is a Licensed Building Practitioner with a carpentry licence – he does not hold a design licence, therefore cannot carry out or supervise restricted building work that is design work.

The disrepute finding relates to the fraudulent creation and use of design certification, the unauthorised use of design documentation, and breaches of copyright.

The full redacted Board Decision will be published shortly.